Once upon a time, a consultant was tired, stressed and zealously wanted to please a customer by meeting an unrealistic deadline.

Overwhelmed by the amount of tasks, I kept working on my laptop not realizing that the gentleman sitting next to me was so relaxed and serene as if the world was completely free of problems. The gentleman in the next seat was a monk from Burma, now known as Myanmar. After I stowed my laptop, I began to converse with him so that our journey would appear to be more pleasant and shorter. Certainly, I was curious and asked many questions about Myanmar, in terms of what can one do there, and how to get to Myanmar. I was reluctant to ask about the nightlife, but the monk was very wise and explained how once he too was a layman; thus, he talked about the life in general as a layman, and I indeed admired his openness. I also asked him on the methods used to reduce stress. I remember him smiling and answering without blinking an eye: “Drop your two carry-on bags: likes, and dislikes.” We should avoid trying to change others, but rather attempt to accept them by changing ourselves – when we realize the benefits of changing our perspectives, the likes and dislikes vanish and fail to control our lives, Buddhism teaches. This was indeed, such a straightforward and powerful message.

Upon my two visits to Myanmar, I noticed that this place remains an unexplored “paradise”. The beaches, the nature trails, bicycle trails, rivers, mountains, and wildlife are certainly an outlet for relaxation and provide a chance to escape the mundane. The religious and spiritual sites and places, on the other side, offer the opportunity to learn and practice meditation. I visited DhammaJoti, the most famous meditation center, where one can spend 10 to 20 or 30-day meditation practice. 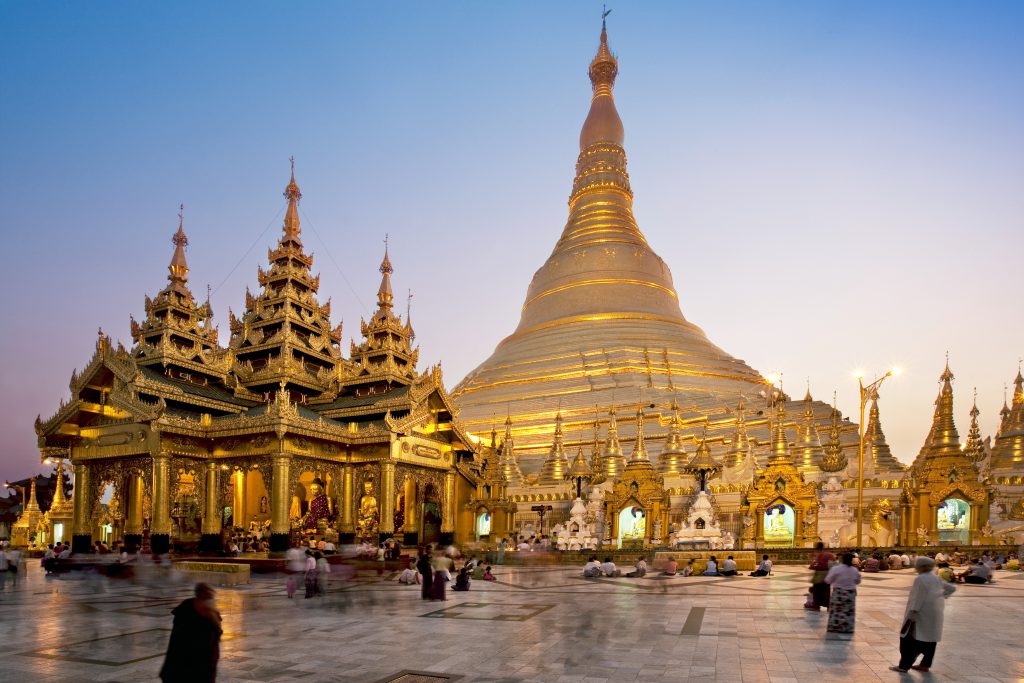 I have not conducted any business in Myanmar; however, as I wanted to explore a credit card manufacturing and personalization opportunity, I investigated the leads while I was there. What I realized is that conducting business in Myanmar requires patience like in any other South Asian country. One has to attend a first, second, or even a third business meeting so that both parties get to know each other. A yes is not always a yes and no never means no in Myanmar; however, the business community is hardworking, religious and ethical, and the respect for the elderly, the hospitality and the exchange of small gifts and favors are ingrained in the society.

The Myanmar’s tourist destinations and attractions

1. Shwedagon Pagoda, also known as the “winking wonder”, remains unrivaled as temple, meeting place, and symbol of national identity. This pagoda enshrines strands of Buddha’s hair and other holy relics.

2. Mount Kyaiktiyo, or the Golden Rock, is one of the most important pilgrim sites of Myanmar. The Golden Rock, the legend says, placed on the very edge of an 1100 meter hill has survived multiple earthquakes throughout ages as it is supported by a hair from Buddha. The first waves of sunset that make the Golden Rock shine sharper than ever, the ride to the Golden Rock, or the hotels and restaurants located at the top of the hill from which one can enjoy the view of the valley, are all exhilarating reminders of living in the moment.

The typical food and drinks are similar to other South Asia countries, namely steamed rice with chicken, Bitter Mellon, Durian, Mango, Pork, Eggplant, Cucumbers, and Radish. No, you will not starve if you are vegetarian or vegan, as you will have plenty of options. One can also enjoy the Western, Thai and Indian cuisine, without spending more than USD 15. 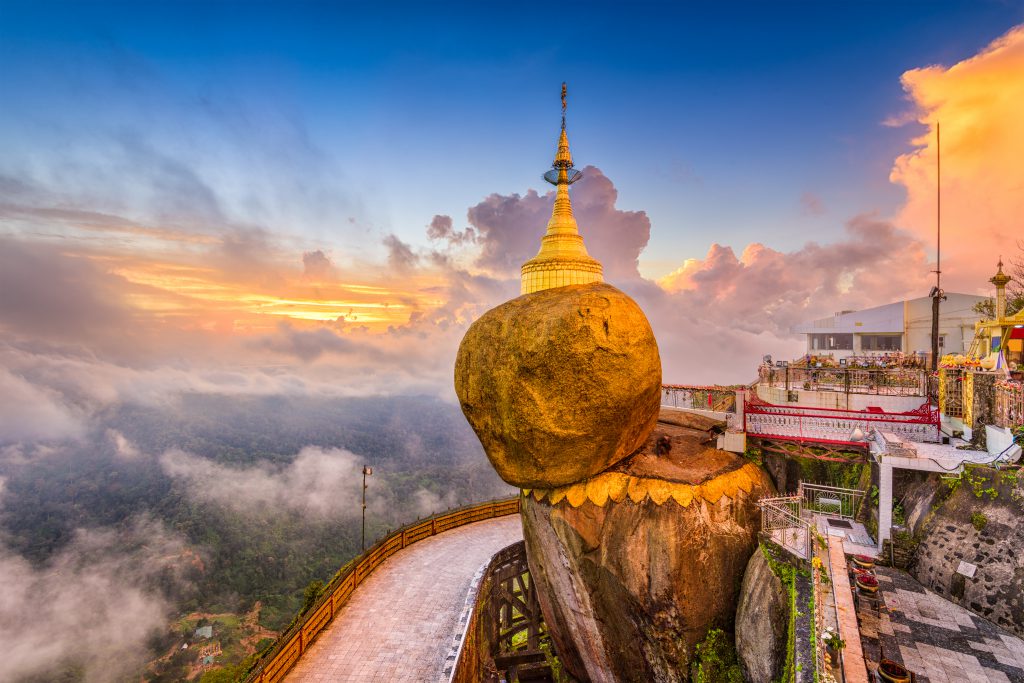 Who are the Burmese people? Myanmar people? These are Bamar, Chin, Kachin, Shan, Kayah, Kayin, Mon and Rakhine people, most speaking Burmese, following Theravada Buddhism where every male once in lifetime ordains as a monk.

Burmese people drink, on average, less than four liters a year—about ten small bottles of local brand beers. Many people in Myanmar perceive beer as a luxury drink. On the other hand, in the neighboring countries, Thailand and Vietnam, the annual per capita beer consumption is 25 and 30 liters, respectively.

If you want a beer in a bar, make sure to make a kissing sound. When the Burmese want to get a waiter’s attention, they make a kissing sound, usually, two or three short kisses, similar to the sound one might make when calling a cat. Walk down the 19 Street in Yangon’s Chinatown, and you’ll hear that kissing sound a lot. This narrow, pedestrian-only street is where the Burmese come to drink. Restaurants line both sides of the street, and chairs and tables are set out in the front. The local brew is Myanmar Beer, and it’s cheap — about 60 cents for a glass of draught.

Tea in Myanmar is served and consumed by almost everyone-young and old, male and female, lay people and monks—drink tea. Drinking tea without milk and sugar is the custom throughout Myanmar. Tea is served at every social or religious ceremony or function, and is mainly produced in Palaung and Shan ethnic areas. In every household, there is at least one member of the family that prefers to have a cup of plain tea as soon as she or he gets up from bed. Tea shops are found in every corner of the city, town, and large village, and are important social gathering places, mostly for men. Tea shops are crowded with people young and old alike. Holding a cup of plain tea and slowly sipping is considered as a relaxing activity.

Myanmar is a developing country that in the eyes of many is not for the ordinary tourist. But for the rest of you that are eager to drop your two carry-on bags, touch the mountains, run across the damp lowlands, and interact with the heterogeneous people, all I can say is: what a great destination. Enjoy what I have enjoyed and enrich even more your visit to Myanmar.

An Enchanting Experience in “The City of a Hundred Spires”

When In Johannesburg, South Africa

Raising a Glass to Burgundy!

How to Road Trip in Portugal

The Experiences You Can Treasure In the ‘San Francisco of Switzerland’

Melbourne | The Best City to Live on Earth

Combining business with pleasure in Tanzania