Since the beginning of my business career, I have had the privilege to deal with customers from all corners of the world. Be it at a training center in Colorado Springs, a construction site for a swimming pool championship in Madrid, giving a presentation in Taipei, fixing a measurement problem in a mountain cableway station in Switzerland, meeting customers in Pune (India), manning a stand at an exhibition in Germany, speaking at conferences in places as diverse as Bogotá (Colombia), Kuwait City or Seoul (Korea), I have always enjoyed learning about the different cultures of the world. Travelling has enormously broadened my horizon – and you are bound to lose any preconceptions about the (Western) way of living.

As I am typing, I am at one of my favorite dream spots – Dubai. It’s hot outside, may be 45°C (or 113 F), buildings and cars are comfortably cooled, but the temperature shock (both ways) is striking. The Emirate of Dubai is one of the largest emirates of the United Arab Emirates (UAE) and carries the same name as its capital city, the location from which I am reporting today.

The city of Dubai is an ancient trading port (learn more about its history at the attractive “Dubai Museum”). However, only in the past five decades, after gaining independence, it has enjoyed a phenomenal growth. A wise leadership at that time embarked on a wise development plan for the region, focusing mainly on trade and tourism, and also on manufacturing. 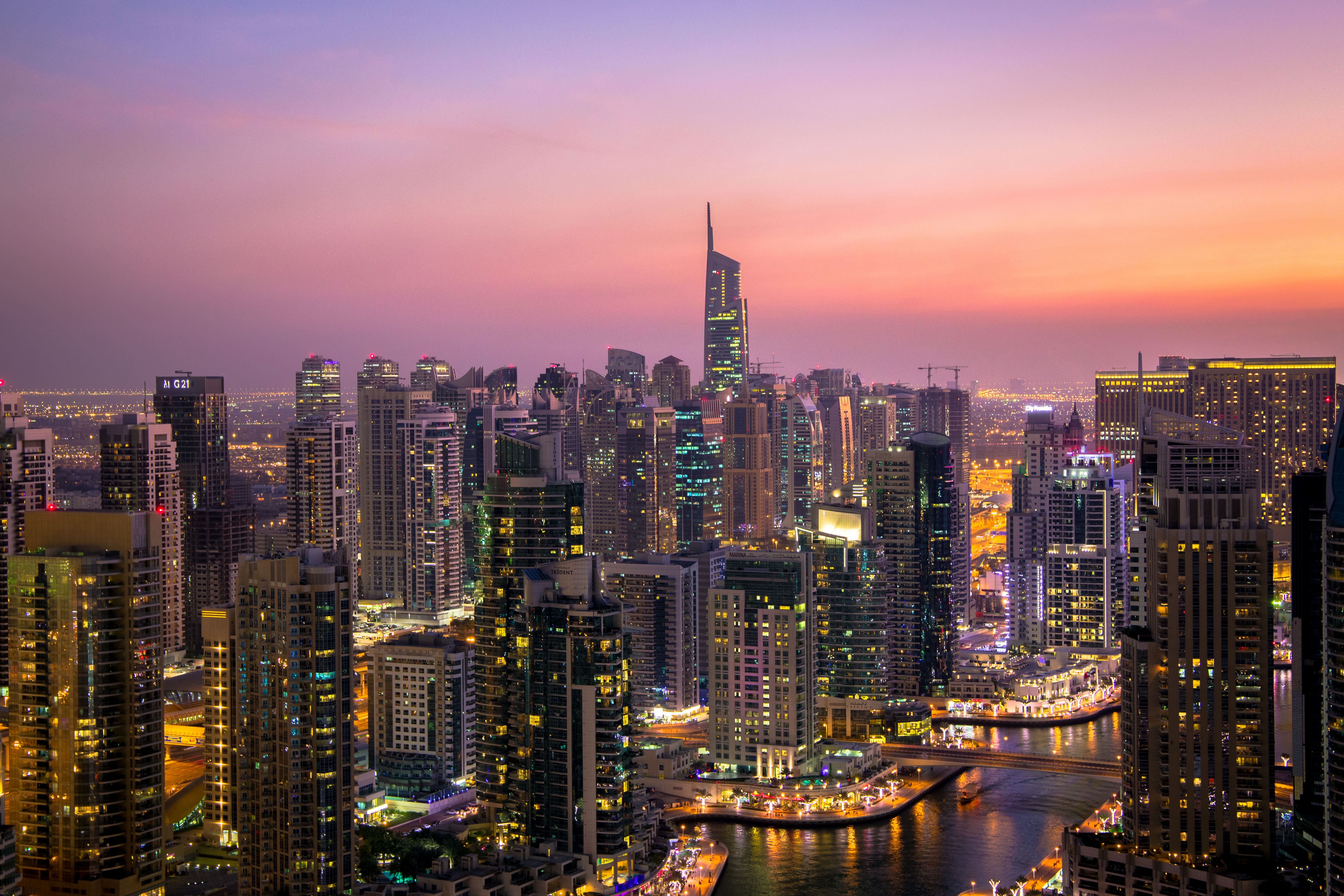 The development of the emirate and the city was planned at several stages. Today, we witness an engineering marvel of infrastructure (roads, railway systems, airports, etc.) and business as well as residential buildings, on a very large scale. While in European city centers, most of the buildings are more than a hundred years old, the ratio here is quite the opposite: apart from the tiny old Dubai, most of the buildings are probably less than ten years old. And yes, it’s no typo: the plural “airports” is correct as one is not enough, and both are or are going to be huge, dwarfing most existing airports (if this is going to be easy for the passengers, we’ll see). One of the reasons for the growth and success of the airlines of the Gulf region is the fact that most (populated) areas in the world can be reached non-stop, an advantage that European and US airlines do not possess.

And yes, the (currently) tallest building in the world, the Burj Khalifa (828 m or 2717 ft), is in Dubai. However, it appears that the record will be disrupted by a higher building in Saudi Arabia
in 2018. Dubai was also developed as a prime holiday destination with an enormous accommodation capacity for all classes. Numerous outdoor attractions (water parks) and an ice rink and ski slopes, both indoor, await the adventurous tourists. And don’t forget the gigantic and prestigious shopping malls, whereby the majority of them are superior to most malls in other parts of the world, especially considering their interior design. 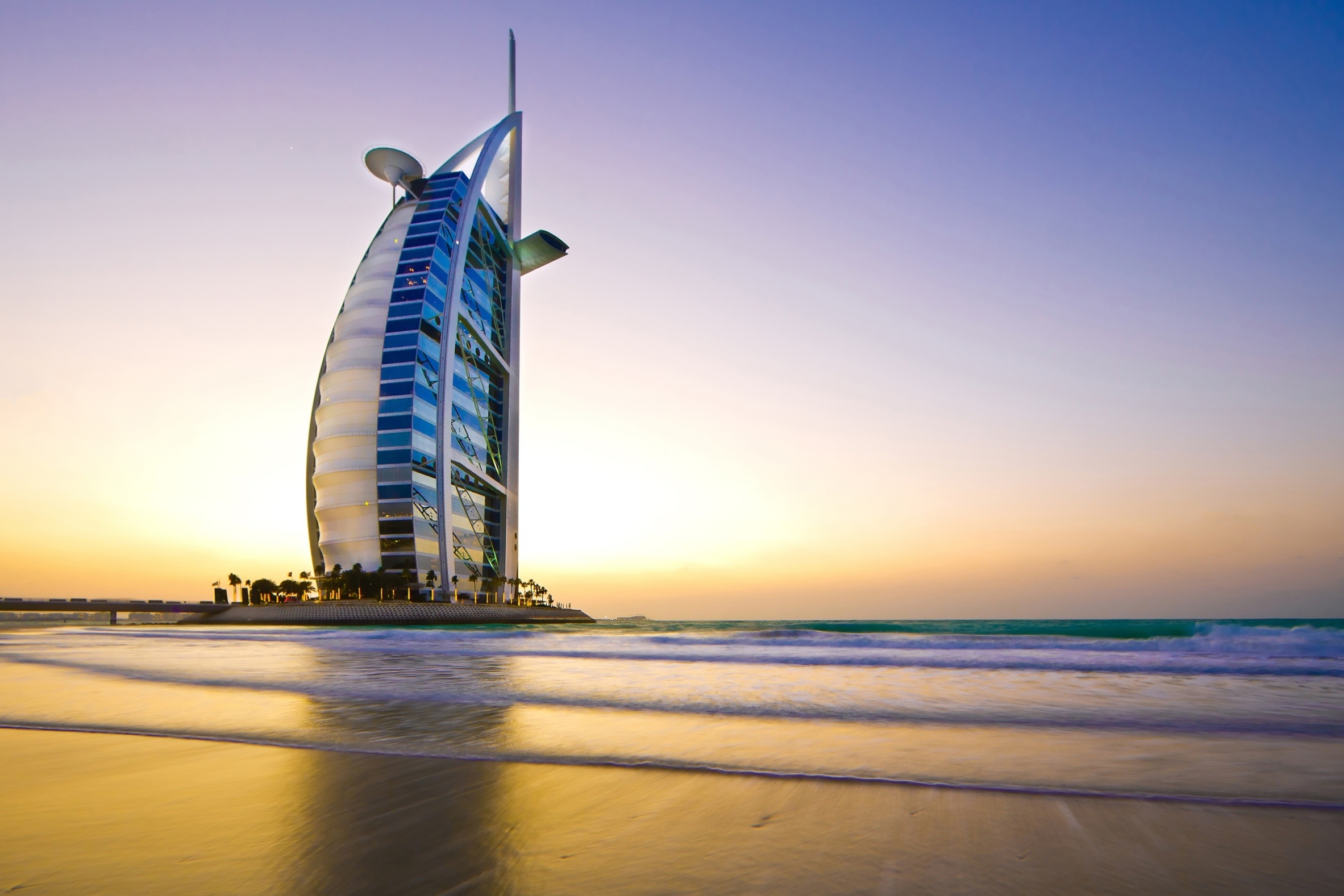 It’s obvious that the creation and the operation of this city are based on both the construction technology and the enormous workforce. As the indigenous population (the Emiratis) could not have done it all alone, numerous people from different regions of the world were employed and continue to be employed: Arabs from other countries, South Asians, Westerners and East Asians, to name a few. Foreigners are employed at most job levels, such as: construction workers, chambermaids, sales clerks, taxi drivers, cooks, airline staff, security specialists, etc.

Talking security, it is noteworthy that the UAE have created their own Business Continuity Standard (AE/SCNS/NCEMA 7000:2015), that, while based on international standards such as ISO 22301:2012 and the BCI’s Good Practice Guideline, reflect the nation’s specific needs. While Business Continuity is a topic for professionals, the National Emergency Crisis and the Disaster Management Authority also published a guide on how to prepare for emergencies: https://www.ncema.gov.ae/en/home.aspx.

Last but not least, the great diversity of people in Dubai is reflected on its culinary offerings. The app of the Dubai Mall alone, currently lists two hundred (!) establishments, sporting 77 cafés, 60 fast food chains and 63 restaurants. Maybe your taste buds will not adapt well to the type of foods offered at restaurants, or maybe they will. Checking out the rest may take longer than the duration of your intended stay. And we just talked about one shopping mall… Just come back again!

Dubai has a fascinating energy, and open society towards people from all over the world. Let’s look at some of the insights!

Dubai, as a melting pot of nationalities, languages and cuisines, may not be one of the best places to comfortably lie on the beach during the summer time. Certainly, the beaches are beautiful and clean, but imagine being in a place where the weather is 50°C and the water is considerably warm. During the day, the beaches in Dubai tend to not be crowded, while the fancy hotels and resorts with exclusive pools and cooled down water are full of tourists. As such, Dubai, the city that reconciles the seemingly incongruous, spends more energy to cool down the pool water than most countries do to heat them up! 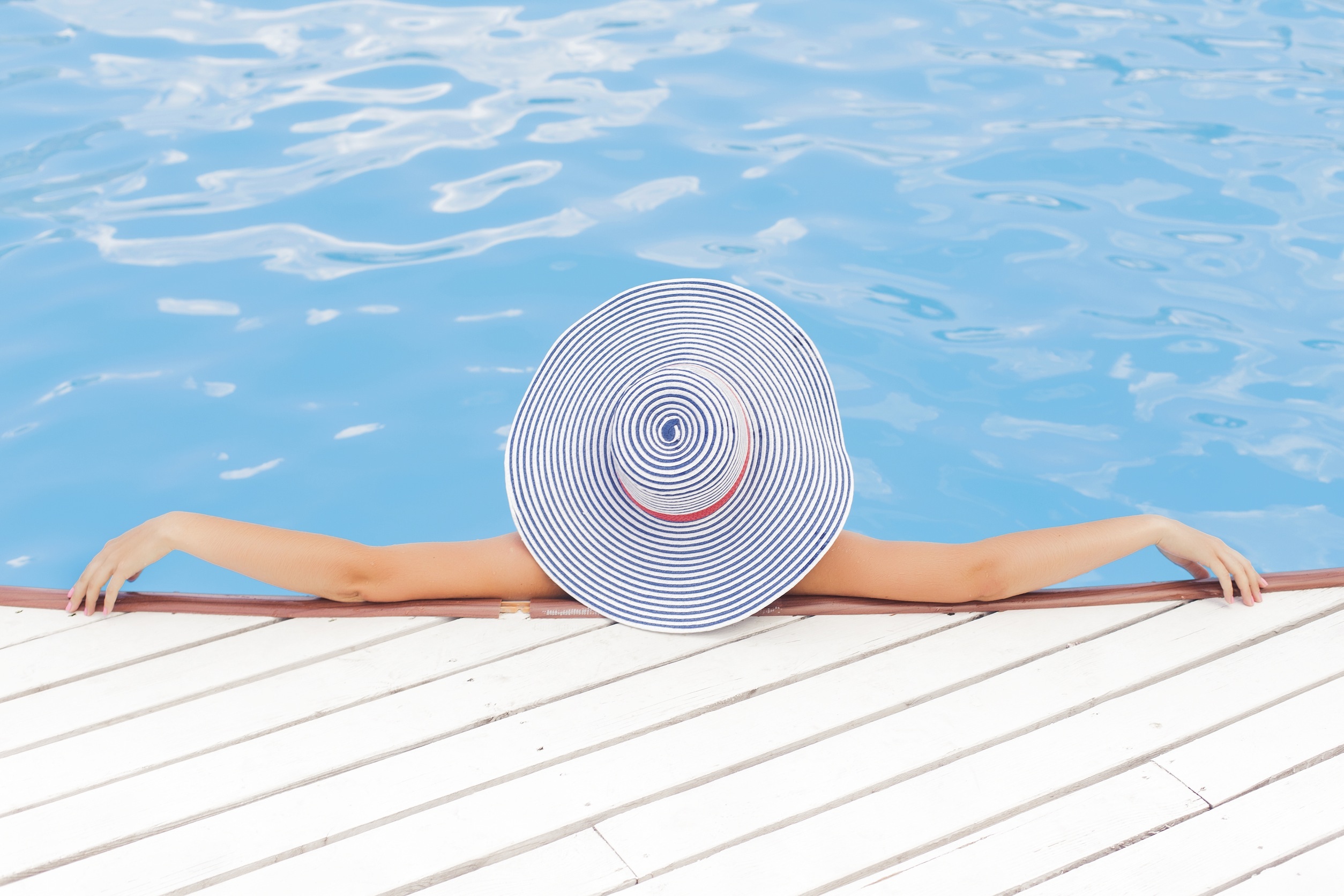 Being the home of different nationalities and a top rated tourism hub, Dubai’s culture has been transformed into a cosmopolitan culture where everything is possible. This diversity is portrayed in the architecture, fashion, cuisine, music etc. While walking on the streets of Dubai, one gets the feeling of being part of something bigger than oneself – the tall buildings, huge shopping malls, man-made islands on the shape of the palm, unique ski resorts in one of the warmest city of the world, all contribute to offering a richer, more rewarding experience.

You can also sense the smell of shisha, meet people who sell merchandise on the streets, hear the sounds coming from mosques before the prayer time, ride a camel into the desert, and enjoy the beautiful and unique Arabic calligraphy, where the latter is a specifically unique oriental decoration. The oriental habits, culture, or cuisine are more apparent in the Old city of Dubai, but you can still find them even in the modern parts.

Even though not advertised as much, Dubai has a vibrant nightlife. All the tourists, businessman and woman are drawn into the world’s best clubs. If you want to go to a good club, you must first find a decent hotel, because the best clubs and pubs are found inside the extraordinary luxury hotels. The Dubai’s hotels are unique and exciting, and as such are well worth visiting.

For instance, the Vii club, with its terrace transformed into a unique temperature controlled greenhouse, is found inside the famous Conrad Hotel. Similarly, the famous Fairmont hotel is the home to the Cavalli club which is owned by the famous Roberto Cavalli. All these clubs have a restaurant and a lounge area, which are usually very exclusive, and the tables need to be booked in advance. 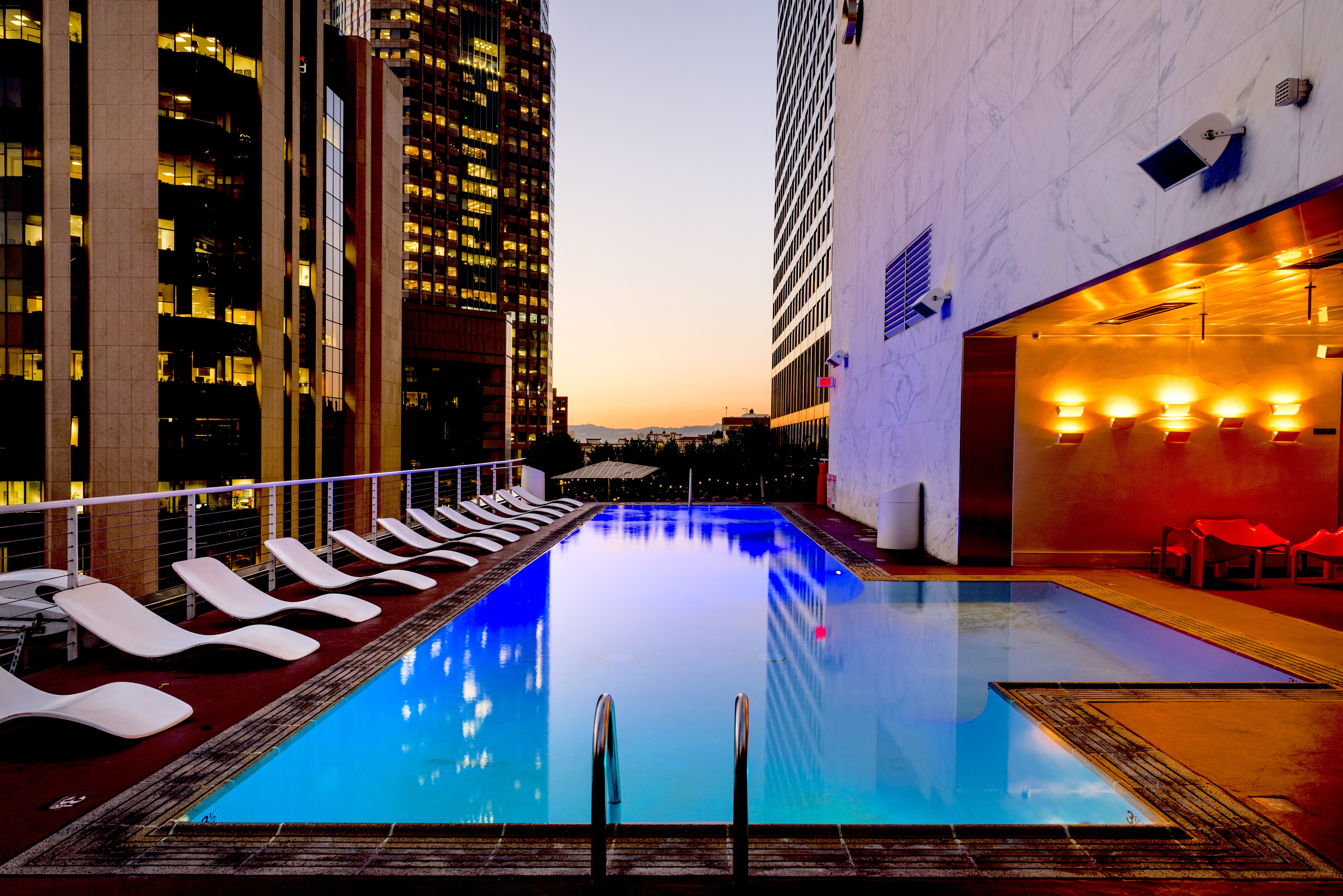 Dubai is very beautiful during the day, but it certainly becomes more glamorous during the night, especially if you have the chance to enjoy the view from the tallest buildings of the city. If you go to the 27th floor of the Skybar, you can have a memorable experience by spending the warmest nights drinking iced tea or cocktails. Therefore, at the end of a day filled with community theatre and live music venues, you can always admire the beautiful view of Dubai and the Arabian Gulf, and be able to see the values and sights that we may ordinarily ignore. There is not a thing that you cannot do in Dubai, the city of contrasts and inspiring skyscrapers that never fails to beat the odds.

Click here to read about Management and Certification Systems in the United Arab Emirates.

Dr. Wolfgang Mahr has over 25 years of experience in consulting and project management in ICT and during the last 20 years has specialized in the field of Business Continuity Management. He is experienced in IT governance, information security, business management, marketing, account and product management, in professional education as an author of educational content and international public speaking. Dr. Mahr has extensive experience in the international environment, and in organizational, process and technology consulting. He worked for companies of various sizes. He has several professional publications, a blog, a video channel and lectures at international conferences in support of the exchange of ideas and further development of current BCM issues.

A Royal Touch of Copenhagen

Combining business with pleasure in Tanzania

Explore Arizona: A “Train-cation” to the Valley of the Sun

When In Johannesburg, South Africa

The Experiences You Can Treasure In the ‘San Francisco of Switzerland’