The barriers faced every day from gender inequality around the world are vastly compromising women advancement in leadership positions. The role of women in organizations is creating tremendous value through the balance imposed in diversity of thinking and business solutions.

Leadership comes in various forms and ways and leaders can be defined based on their personality, charisma, moral authority, and intellectual contributions among others. The power of leaders though, by definition, may be easily determined by the willingness of people to follow them. This is merely the point where women leaders have a downturn in many countries around the globe. Their capabilities to drive an organization towards success and people forward are often wrongly perceived, for this reason, women in leadership are becoming an increasing issue for discussion.

Even though women have moved towards greater equality in both their home and the workplace, social etiquettes are not as flexible in practice, as they appear to be in theory. Though, if we question the difference between women and men leadership, we should first draw a line to where people’s perceptions end and leadership values begin. Naturally, we may say that men are more directive, competitive, and autocratic while women are collaborative, cooperative, and democratic when they lead. However, interpersonal skills should break through this division of authority lines between genders.

To clarify, we should mention that leadership positions greatly vary from one industry to the other. Categorizing between service industries and more traditional primary industries, we may clearly notice women governing healthcare, hospitality, and education institutions. On the other hand, manufacturing, transport, and construction are led by male individuals. 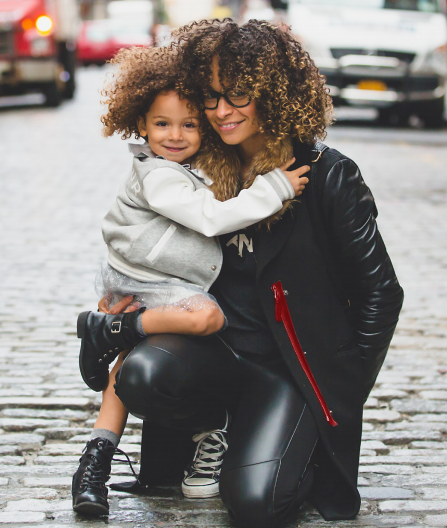 Stereotypes present a very powerful obstacle for women aiming or obtaining leadership positions in all types of organizations. Demographically dependent, these obstacles are more visible in some countries and less visible in others. Still, they remain and are very difficult to change. As the most common form of stereotyping, gender is hampering the efforts of female authority in relation to many individuals.

Judging that females have a more nurturing character and that this may affect responsibility distribution upon employees, is a severely discriminatory mindset in the workplace.

Even though in many cases these opinions are not revealed publicly, they can create bias in the decision making of both men and women leaders. It is not a secret that historically, women have faced many barriers to climb up the ladder in organizations they have worked for. With uneven advancement opportunities for women, businesses have had lack of representation in a wide scope of activities.

Prejudices resulting from bias to which female leaders face nowadays have most commonly to do with their drive to family care-taking responsibilities, and their feminine attitude which is perceived as a trait disabling the ability of being a strong leader and presenting a domineering behavior.

Efforts to reduce the GenderLeadership gap have been immense in the last few years. Contributing to close this gap in particular, all must be willing to take a step further and remain open in terms of the abovementioned issues. Adding to it, employers must also focus on fair appraisals as well as base promotions in productivity rather than hard work. When evaluating leaders, organizations often take into account leadership characteristics rather than effectivity.

With truly great benefits, balancing between male and female leaders in the organization does not only ensure diversity in the organizational culture but also encourages analysis from very different perspectives, directly affecting organizational decision making. As leadership styles are evolving, we are indeed moving towards new communication and governance ways. Moving away from top-down to bottom-up communication, leadership has been shaping around individuals with better listening and comparison activities, rather than directive and narrative abilities.

Regardless of the obstacles, women have begun to take over leadership positions in both public or private organizations, conveying that many parts of the world have not just identified but have started working towards eliminating this problem.

However, women are still struggling to retain leading positions and are rather performing supportive leadership roles in today’s organizations. Again, depending on the industry and the region, women leaders shall begin to continue their challenge on breaking through discriminatory perceptions among them. Mentors and role models are having a vast impact on this aspect.

Following the success of female leaders is positively influencing women and motivating them to achieve top positions.

Some of the most powerful women in the world, followed as role models are:

While our priorities and business environments are constantly evolving, we must identify the necessary changes to be made and act resiliently.

In the meantime, speaking from the organizations side of things, investing towards the attractiveness and favorability of pursuing leading positions in the organizations should remain a primary condition to achieve the desired diversity.

The Power of Leadership, Influence and Speech

Dear CEO: While Training is an Important Step, Culture Transformation is the Solution

The Leadership Illusion: Are You As Ethical As You Believe You Are?

The Attention Deficit in the Workplace

Leading during a Pandemic

The Steps of Successful Digital Transformation