The Mechanisms of Leadership

Great leadership remains the basic prerequisite for organizations to succeed in nowadays business environment. Taking into consideration that the elementary principle of leadership has remained the same over the years, it is important to analyze the evolution of leadership habits and describe the importance and strategies of productivity.

A valuable purpose of leadership is to provide a vision, direction, and motivation for an individual or a group of people to accomplish a goal. However, this purpose has evolved over the years and now, in modern society, that purpose requires different habits which help leaders to adjust to changes in society. Considering that, modern leaders have started to create new habits which maintain and develop the vision, mission, and values of a company.

The leaders of millennials have followed a set of skills and qualities, whereas the modern leaders have started to create and invent, making thus Invention the first new habit emerging from the modern environment. Steve Jobs and Elon Musk are perfect examples of modern-day leaders which use inventions instead of creating innovations. It takes a combination of a scientist and technology qualities to be able to invent things, and in the modern society, leadership is all about inventions. Another important habit developed by leaders in the modern society is the ability to reframe. Steve Jobs started his company as a computer manufacturer which, later on, became the biggest company in mobile phone and music industry. Not only they had the ability to accomplish the vision, mission and values of a company but today’s leaders are reframing the whole company politics and bringing their followers along with them within the circle of reframing.

Attraction and arrangement are some other great habits developed by leaders. Due to major changes taking place during these years, companies are struggling to invest while trying to maximize their profits. It is the duty of leaders to attract resources and arrange them in the best possible way in order to increase revenues. By doing so, leaders will be able to influence the company and that is why Influence is considered as another important habit of modern leaders.

Taking into consideration that today’s leaders have the ability to manage a huge working ecosystem, it is their duty to lure and influence the members of that ecosystem. The fact that the business environment nowadays is global, hyper-competitive and full of opportunities, it tempts leaders to make huge steps and risks in areas and markets where they lack competencies, and this explains why risking is a habit developed by leaders of modern ages. 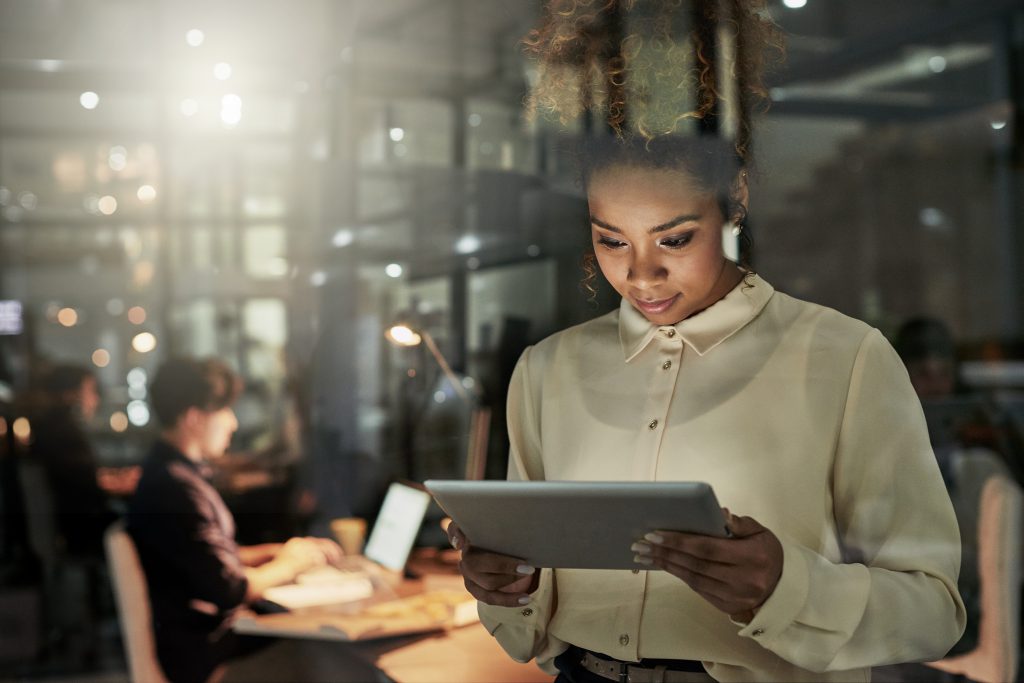 Every individual can make himself/herself a leader by using knowledge to combine different strategies and maintain peak productivity. Today`s hypercompetitive business environment gives an answer to the case of dynamic workplaces, however, the main issue remains on the strategies on being more productive in those dynamic ecosystems.

There are several strategies used by different companies and leaders to raise productivity, including minimizing interruptions. It is great to be able to work in teams, but there are tasks that each one is obliged to finish on its own, whereas, having interruptions by team members significantly decreases productivity. Another great strategy to use is to take regular short breaks as this helps to maintain a persistent level of performance. Also, being able to divide tasks based on their importance and timeframe is a great step towards productivity. Steve Olenski, a writer for Forbes, suggests that the “two-minute” rule can make a significant change in your productivity and time management. Organizing tasks that require less than two minutes to be finished and complete them immediately, takes less time than returning to those tasks later. Following this rule, Steve Olenski is now one of the most powerful online content strategists.

Another way to increase productivity is to quit multitasking. Usually, people tend to think that multitasking increases effectiveness, but in reality, it only decreases productivity and time management. By combining these strategies together, leaders are able to lead and manage their workforce in accomplishing goals.

To conclude, productivity remains the main key to a successful leadership which positively affects the overall performance of the company. It is important to understand the evolution of leadership habits and remember the importance and strategies of productivity that lead to a great leadership. However, successful leadership is not only about being productive and able to adjust to different changes that come along the way but also to develop habits that correspond to changes in the business environment.

8 Ways The Best Leaders Motivate The Best In Others

Leading during a Pandemic