Is it really the end of Privacy? The Controversy of Fingerprint, Facial Recognition, and Big Data

Remember when unlocking our phone or tablet with fingerprint sensors or face recognition seemed futuristic?

As technology is now a vital part of our daily lives, we are more willing to provide personal information in exchange for a more easy and interactive experience. The most recent technology that enables organizations to take advantage of this opportunity is known as biometrics.

Biometric recognition system has made a major impact in the society by helping people get rid of passwords, ID cards, PINs, and many more, as means of proving one’s identity. It is also making life easier by eliminating the need for carrying belongings all the time. Certainly, many of you may have had that frustrating moment where you have been denied access just because you didn’t have the identity card or the necessary documents for verification with you.

Based on the latest trends of developments in the tech world, we will probably encounter a rapid adoption of new technology features that scan our face, fingerprints, eyes, and voice. One can safely predict that this is just the beginning of the face biometrics era, as its application is constantly evolving worldwide. However, not so long ago, using a fingerprint or a face scan to unlock a phone seemed futuristic.

The biometrics field offers both a promising future, which is related to convenience but also involves challenges including privacy concerns and finding the appropriate technology to manage the massive data volume.

Biometric technologies are becoming an important element for information security systems in many big organizations such as Standard Chartered Bank which already introduced biometric login services as a faster way to log on to its mobile banking app. But, biometric technology producers do not always take into account the security requirements of the technology, which are essential, given the fact that the identification systems like passports and ID cards hold sensitive user information. Many publications highlight the weaknesses and drawbacks that might compromise the technology.

Some skeptics even suggest that since biometric data can be hacked, it is better to not ditch password verification, but instead use biometrics only for two-factor authentication. Main issues raised against biometrics are that they’re hackable, public, and that sensitive information can be stolen and used for illegal purposes. Biometrics technology is constantly advancing, especially security-wise, according to Meaghan Johnson, director of research at Fintech consultancy. She believes that the ‘second-generation’ of biometrics will be safer and more secure, especially for organizations that possess very sensitive information, such as banks and other financial institutions.

With the introduction of vein and pulse recognition, as well as iris recognition, biometrics will develop to the point that it will be almost impossible to hack or manipulate it

From Fingerprint to Facial Recognition

Facebook’s facial recognition technology is the perfect example of facial recognition deployment. This feature is widely used in smartphones, with Apple being one of the first companies to implement the feature, which was made available by using integrated biometric data.

Firstly, Apple started integrating a fingerprint scan and now the company uses the face recognition feature to unlock the phone. iPhone’s 5s model, launched in 2013, was the first to use fingerprint recognition (Touch ID), and the company later continued introducing faster, second-generation, Touch ID for iPhone SE, iPhones 7, 7s, 8 and 8s. With the launch of iPhone X, Apple introduced facial recognition technology (Face ID), as a safer option. According to Apple executives, the possibility of hacking an iPhone X using Face ID is about 1 in 1,000,000, compared to the Touch ID where the possibility was 1 in 50,000. This fact is one of the reasons that led Apple to remove Touch ID from their newest model, iPhone X. 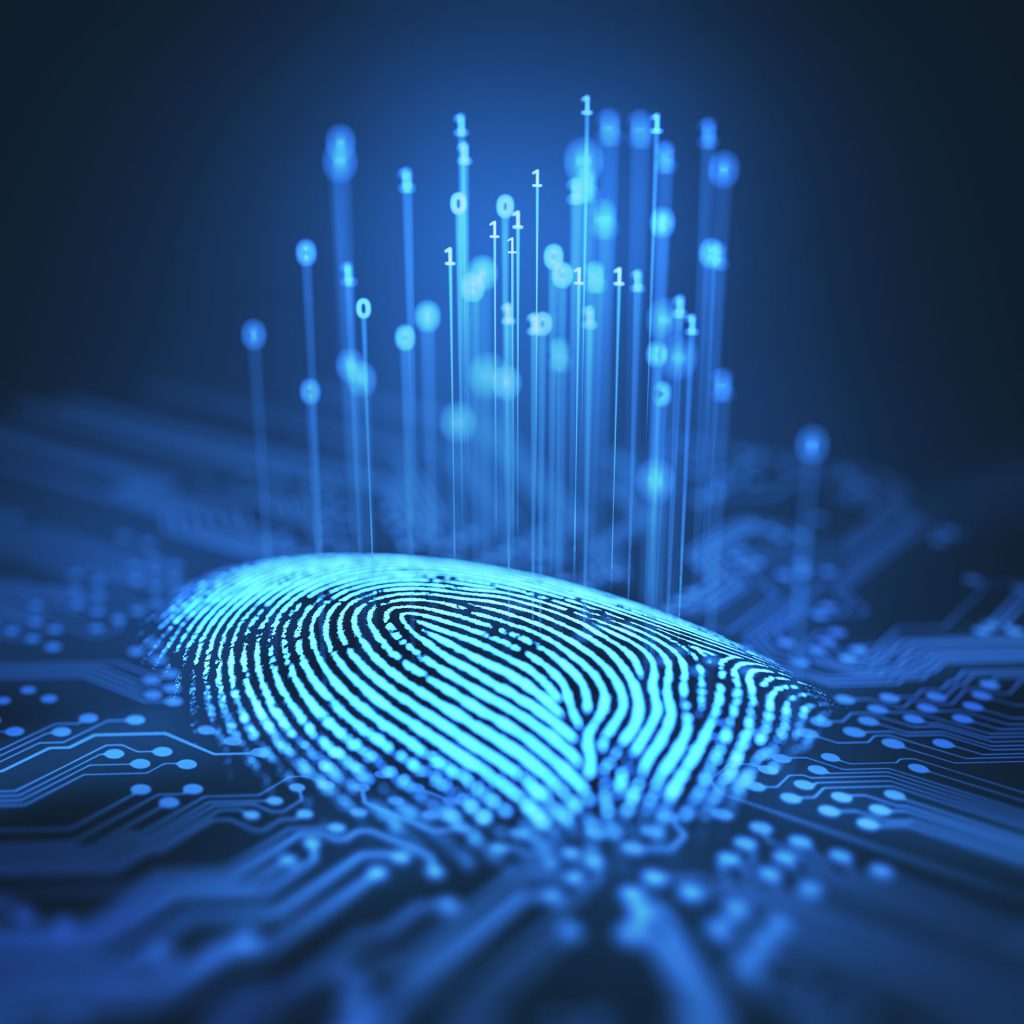 The ‘Ambiguous’ Relationship Between Big Data and Biometric Technologies

Big Data is everywhere. Big Data analytics, along with the latest data–storage technology advancement and high-resolution imaging has made biometrics a practical option for organizations that are looking for new ways to engage with customers, manage risks, and improve customer experiences. According to a Spiceworks survey, conducted with around 500 IT companies in Europe and North America, 86% of organizations will use some sort of biometric technology for authentication purposes by 2020.

Biometric technology and the general trend of the cutting-edge technologies are driving the so-called ‘big data movement’. According to IBM, 2.5 quintillion bytes of data are created every day. Thanks to big data and digital fingerprinting, news, movies and ads are tailored specifically to readers’ digital profiles and preferences. As this technology continues to expand, the new development of techniques and methods of gaining insights into customer’s behavior will evolve, so that the content that users encounter can be tailored.

The constant advancement of technology is pushing hackers to advance their ways of cracking the system, and the best defense is continual vigilance, such as monitoring of all the activities in devices that use biometric technologies. With the increase of customers using facial recognition, can we indicate that everything points to the fact that consumers prefer convenience over security? The fact that biometric data is essentially linked to an individual’s identity makes it more controversial than other forms of big data.

Facial recognition has many advantages, it’s almost like not have a security code at all, at least until someone tries to unlock it. With facial recognition and fingerprint sensors, a phone and other digital devices can be unlocked fast without writing a password, which is a grand convenience for users in today’s fast-paced world. The willingness of individuals to give up their data in order to simplify or improve the services they receive is more related to the age of users, meaning that young individuals are much more comfortable with having their biometric data shared around.

Even internationally acknowledged companies such as Microsoft and Google are looking forward to facial and fingerprint recognition, which will enable them to have a password-free future by replacing passwords with biometric authentication. This form of authentication in mobile devices is constantly increasing, with mobile manufacturers installing biometric authentication in devices as an added layer of security. But, is the technology installed in these devices, in fact, secure and safe for consumers? 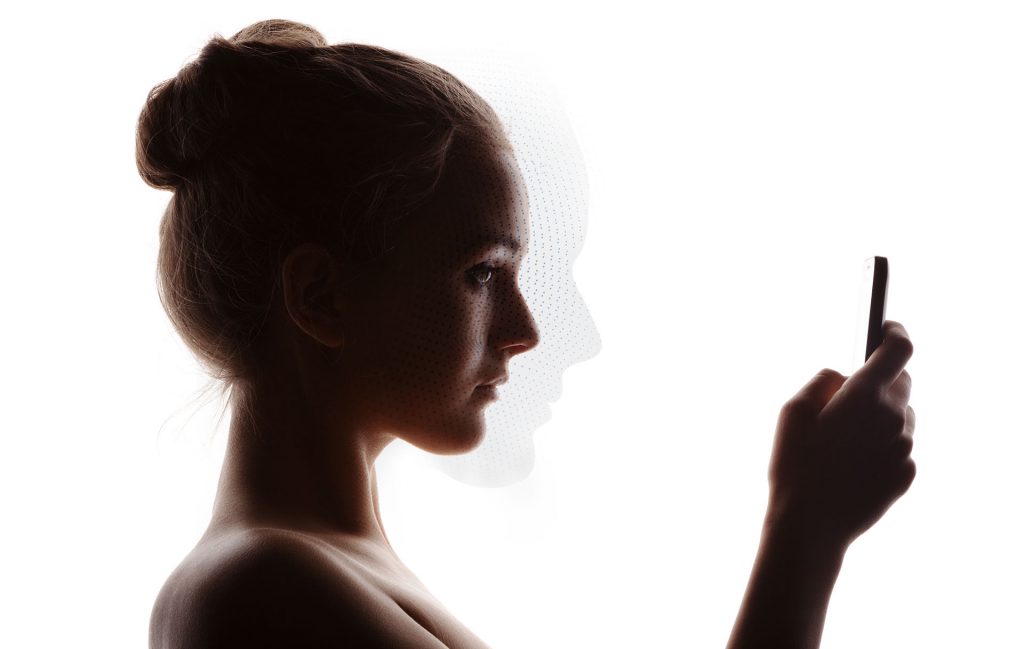 If we compare biometric security over other forms of identification, we can say that the latter has important advantages due to its user-friendly and fast solution, unlike passwords and PINs which require memorization and are easily replicable, compared to facial or fingerprint recognition.

When we’re thinking about the biometrics era, we should take a moment and ask ourselves how our information is being used and if it’s really making our devices more secure. Biometrics data are stored in devices which can be hacked and compromised by hackers, who by now have most probably found “ways” to manipulate the technology. But for now, biometrics are the safest form of authentication, thus its use in most devices is increasing.

Technology innovations have led to an increase in the advancement of security measures, however, it is of utmost importance that organizations and individuals examine the options thoroughly, before implementing technologies such as biometric authentication in their personal and business life. Even though the biometric authentication has its flaws, it does not mean that one should stop using it or be intimidated by it.

It is safe to say that these biometric technologies will be more sophisticated over time as the market demand for these types of features is rapidly growing.

Endrita Muhaxheri is the Senior Marketing Content Manager at PECB. She has a Bachelor’s Degree in Business and Administration and a Master’s degree from the Faculty of Economics, University of Ljubljana. Endrita is certified against ISO 9001 – Quality Management, ISO/IEC 27001 - Information Security Management, ISO 37001 – Anti-Bribery Management and ISO 28000 – Supply Chain Management. If you wish to reach her, you can contact her at insights@pecb.com.

Artificial Intelligence – The Threat of Deepfake

Internet Of Things – How Will Cybersecurity and Data Privacy Shape the Future of IoT?

A Brief Overview of the Benefits and Challenges of Digital Transformation

From Paper to Pixels: The Key Advantages of a Paperless Management System