Emotions, as a state of feeling, are those that shape one’s destiny, help one understand and empathize, and are those that one obeys to without realizing it. While some continue to view emotions as “acute disturbances of the individual,” there is a general shift of beliefs from emotions being considered as what makes people “lose control” to emotions being considered as assisting cognition.

When taking a major decision such as hiring someone, managing a team, or dismissing an employee, various feelings can be experienced, either in the form of a flushed face, a knot in your stomach, or a general feeling of unease. It is almost impossible to prevent ourselves from feeling. By gaining the ability to connect or disconnect from any emotion at any given situation, however, one can control emotions and prevent them from affecting the decisions taken, communication with others, or attitude towards others. An emotionally intelligent person is characterized by emotional self-awareness, self-control, empathy, and leadership. The proponents of EI emphasize the idea that the understanding and managing of emotions, is the key to an improved quality of life.

Balance is the key they say!

Whether emotional intelligence matters the “most” is contentious, but one can certainly claim that EI is essential for one’s performance and success. What makes it special is the fact that it represents the balance between the rational and emotional brain. This means that emotionally intelligent people are aware of their emotions, and have control over them at the moment they are feeling them. Indeed, IQ is very important and we must never underestimate it. Nevertheless, individuals seeking to be leaders in today’s world have got to understand that EI is just as important and vital to their success. As leadership is widely viewed as an emotion-laden process, the evacuation, framing, and mobilization of emotions determine the leader’s ability to succeed. The incorporation of emotional intelligence into leadership development programs facilitates the effective management of people or of processes that are led by people, and how they function by simply finding a suitable approach to them. Nevertheless, that does not mean that you should be nice and kind to everyone. Sometimes it might mean the opposite.

In the 60s, Peter Salovey and John Mayer were the ones that initially coined the Emotional Intelligence concept, but it was Daniel Goleman who gave a substantial contribution in spreading it as a term and helping others understand its importance. After publishing his book “Emotional Intelligence” Goleman said ‘’I remember having the thought, just before this book was published ten years ago, that if one day I overheard a conversation in which two strangers used the phrase emotional intelligence and both understood what it meant, I would have succeeded in spreading the concept more widely into the culture. Little did I know’’.

Nowadays, the EI concept has reached nearly every corner of the world. Schools are offering SEL (social and emotional learning) courses and companies currently hire and promote their employees based on EI. The Harvard Business Review has praised emotional intelligence as “a ground-breaking, paradigm-shattering idea.”

According to Goleman’s theory, there are 5 key elements to every individual who is emotionally intelligent:

Self-awareness – being aware of your emotions

Self-regulation – have control of your emotions

A company wants to hire a new Creative Concept Manager to create original content and campaigns for our products and services. The job vacancy is announced, the best candidates are shortlisted based on their CVs and then interviewed. During the interviews, an emotionally intelligent interviewer does not just hear the candidates’ answers, but also carefully looks at the way the candidates move their hands, the tone of their voice and their reflexes. By doing so, one is able to see beyond the candidate’s emotional condition experienced usually during interviews.

There may be an individual who failed to meet the set criteria or does not have the necessary experience, but the passion expressed distinctly during the interview, makes him/her stand out from other very qualified candidates.

After a week, the top management is still not determined by which candidate to choose, and it designs a test to measure the creativity of the potential employee. Afterward, scores are compared and the individual that scored best is different from the one that seemed highly passionate about the job during the interview. An emotionally intelligent manager would choose the passionate candidate in this case, as an EI person knows that this is a quality that experience or sharpness cannot outweigh. At the end of the day, things don’t always make sense to all, but that does not make them senseless, and emotional intelligence is what helps us make sense out of senselessness. 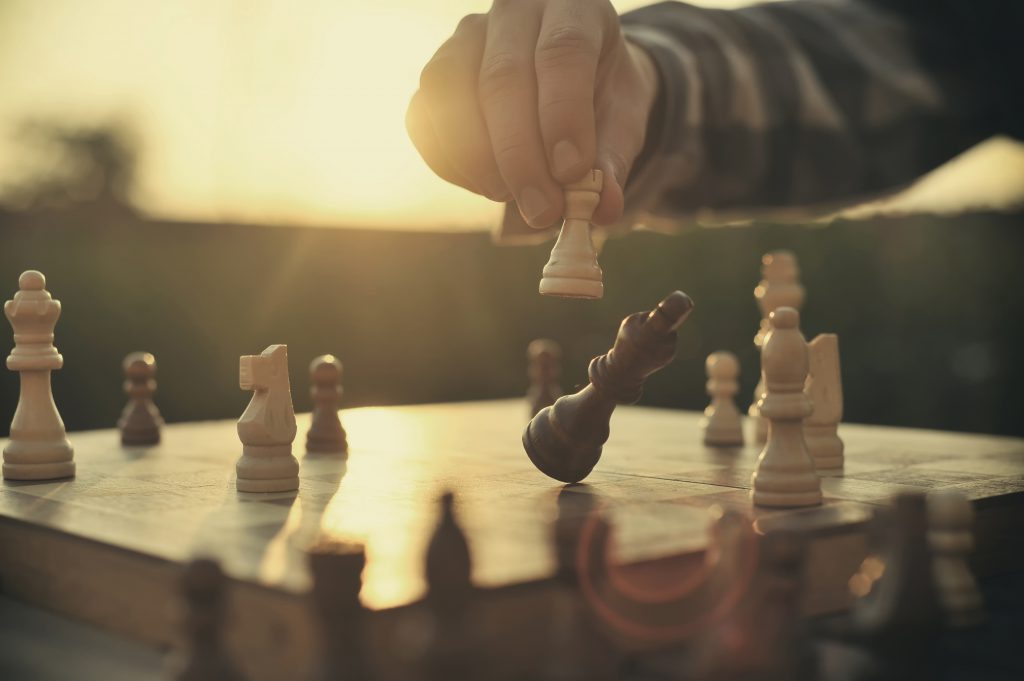 Use emotions to your advantage

Self-awareness is the key cornerstone of emotional intelligence, and based on a study conducted by the Cornell University, a high self-awareness score was found to be the strongest predictor of overall success. Self-awareness enhances the leader’s ability to build bonds, find means for all members to bring their strengths to the table, and foster consensus on a solution.

The ability to effectively manage the human side of the business plays a critical role in the success of a company. All the individuals who seek to become great leaders depend on their people to achieve the desired success. As we might be very knowledgeable, but then again we don’t know it all, leaders should actively listen to the team members and moderate their emotions so that such emotions can support daily activities and enhance the quality of life.

Creating a Security-Awareness Culture: What is the Leader’s Role?

The Mindset of a Successful Woman

When Cybersecurity and Business Continuity Converge: A Security Leader’s Perspective on How Organizations Can Thrive