A look back in history indicates that the greatest mankind achievements derive from someone’s dedication and capacity to understand the mind’s landscape, and use it to move towards a desired destination. It is our natural instinct to follow the most knowledgeable, ambitious, intuitive and powerful leaders who are accustomed to breaking the barriers, pushing the limits and encouraging us to move forward.

Even after they are perished forever, or resigned from the role of the leader, it is their legacy that still makes us wonder: What would they do in this scenario? Which alternative would they choose?

These are ordinary people, with extraordinary minds.

Indeed, the idea of legacy itself is daunting as it tends to lead to many unsettling “could haves” and “should haves,” but the main barrier that prevents leaders from achieving a successful legacy is that they fail to understand that no job is too big, and no responsibility is too small. Life is temporary, jobs can be temporary, it is the ideal that remains indefinitely.

There is not an ad hoc guide that teaches us how to leave a legacy; even after you finish reading this article, this troubling question will keep hunting you. Legacy is not a 5 or 50 step process that can be implemented. Steve Jobs once said “I want to put a ding on the universe”, and this is the kind of passion that creates legacies.

The greatness of the leaders relies on the actions and goodwill they undertake, and not on the requirements imposed to the people they are working with. Mohammed Yunus, the winner of Nobel Peace Prize and Presidential Medal of Freedom, is the best example of a great legacy leader.

Muhammad Yunus
The man behind Grameen Bank, the bank of the poor

Born in 1940, Yunus was raised in Bangladesh, one of the poorest countries of the world, unlike the majority of unfortunate children in the 40’s in Bangladesh, Muhammad had the opportunity to get educated in good schools and colleges and create connections.

Among lots of honorary and important occupations, Yunus had a PH.D in Economics and lectured Economics at the University of Chittagong. He was also a member of international Advisory Group for the world conference on woman. Yunus afterwards served as Global commissioner of women’s health, and he was an expert in UN Expert Group on Women and Finance. In the eyes of many, these occupations undoubtedly shaped Muhammad Yunus educational, social and professional approaches.

According to the World Bank, the Bangladesh famine in 1974 portrayed the systematic struggles of the most vulnerable groups to survive, the low educational attainment, the ever increasing homelessness rates, and considerably high level of crime. Consequently, Yunus’ life changing visions were highly influenced by the poverty trap that Bangladesh has been stuck into for many years now.

While studying in Vanderbilt University, USA for his Ph.D. in Economics, Muhammad started to view the world through different lenses. The 60s were followed by revolutionary fights for civil rights. Yunus’s battle for such rights continued even after returning back to Bangladesh.

The chaotic situation all over the world, the constant violation of human rights, civil rights movements, bloody wars and the extreme poverty, all contributed to triggering the Muhammad Yuns mind to feel the necessity for introducing an IDEA that brings the desired change. This idea seemed simple and easy to develop, but just as every other thought, it took someone willing to initiate its transformation into reality. 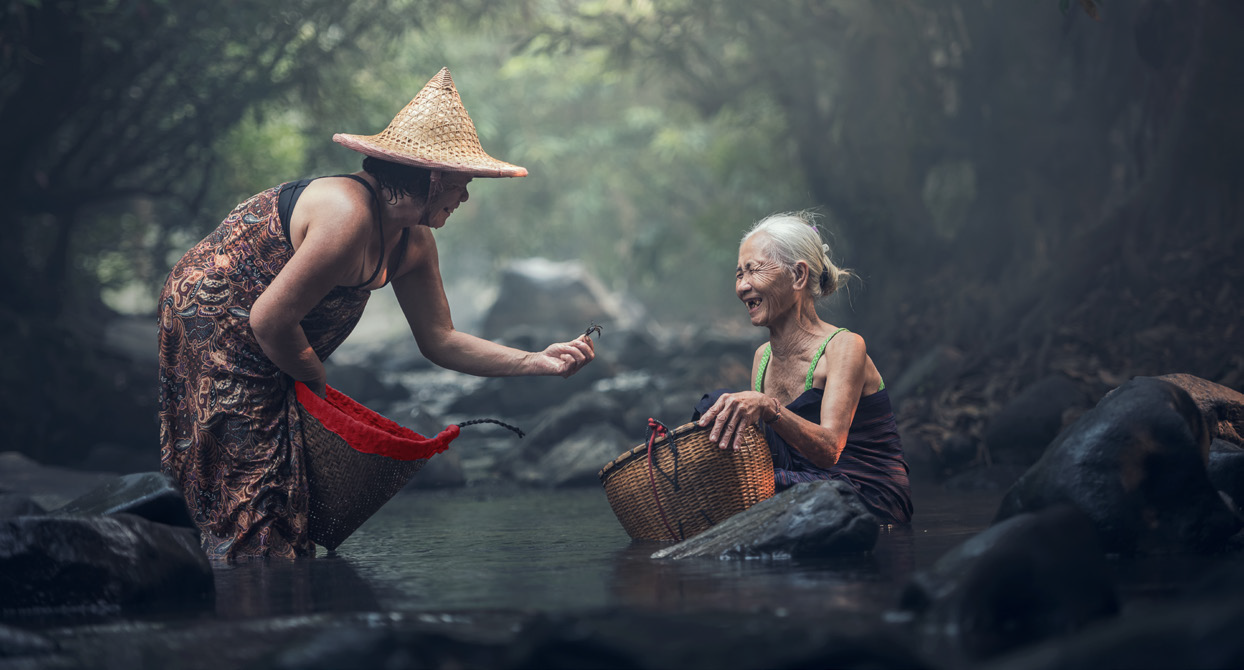 What is a Microcredit? According to Grameen Bank, a microcredit is a banking service. Thus, microcredit refers to small loans that are given to bank customers which are obliged to return the money at a particular time, without legally enforceable contracts or collateral. However, microcredits can be of various natures, depending on the bank that is issuing the credit, as well as its policies and regulations.

During the 70’s microloan as a Term was not used by many. Referring to World Bank, the microloan or microcredit idea was pioneered by Yunus, as an opportunity for improving the living standards of the ones living in absolute poverty in Bangladesh villages. Microloans aimed to help the country break the poverty cycle by granting loans without or with very low interests rates, or by employing any other kind of assurance that the money will be returned. No bank attorney or customer background checks were conducted. Thus, the bank operated mainly based on trust.

Proposing the idea of microloans to the other banks, Yunus faced numerous rejections. The main justification was that poor people represent the worst credit risk for bankers. Banks were always giving money to rich people and failed to trust the ones that were actually in need of money. Provided that no support was received from others, Yunus decided to go along with his idea on his own, and do the opposite of what commercial banks usually did. Muhammad Youns viewed credit as a human right that everyone should have access to. 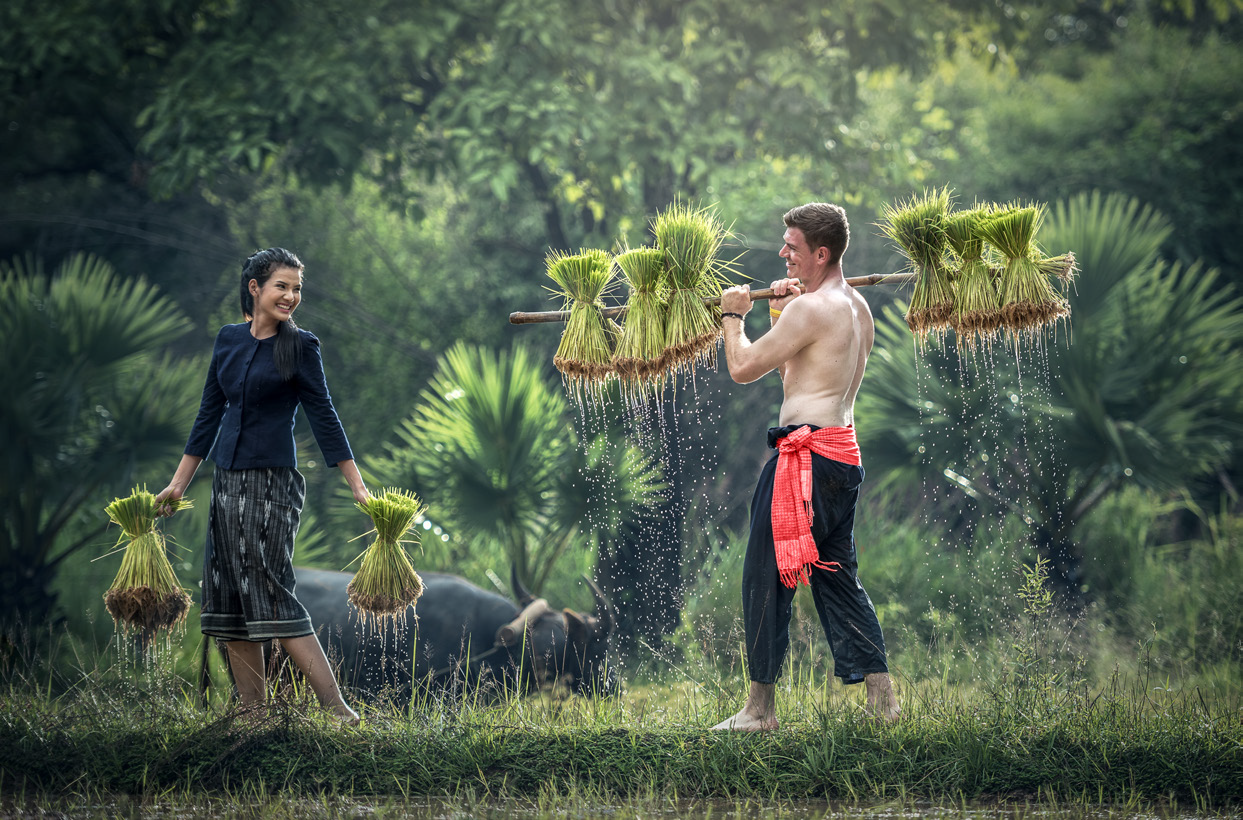 The cornerstone of Yunus’s legacy was a simple experiment conducted by him. He believed that the financial assistance can highly benefit people, and had a profound feeling that individuals, especially the poor are hard workers that need start-up money to become entrepreneurs; they were, therefore, worthy of his trust. As a result, it only took the last 27$ on his pocket to initiate an entire revolution in the banking system, and change the way the world views poverty forever.

Yunus firstly granted a 27$ loan to 42 local women who created stools from bamboo. These women were struggling to make a living out of bamboo stools. They were earning only two cents on each stool sold, but this profit went straight to the dealers of bamboos. These women needed only a small amount of cash to buy their own supply of bamboo, so they would not need to borrow money from their dealers. By doing so, they would be left with a low profit, but at least they would not be in debt. Yunus wished to encourage the poor to establish businesses, as he hold the belief that entrepreneurship leads to poverty reduction and acceleration of economic growth. His once a theory and now a fact is: Everyone is a born entrepreneur.

Yunus decided to grant credit from his own pocket and see what happens. Certainly, the money had to be returned at a certain time. The conditions for receiving the loan were to not harm the environment, take into consideration family planning, educate children, plant vegetables for families and sell the surplus, build and use pit-latrines, and avoid dowries.

Over the short term, these women created a small profit that enabled the repayment of the loan. They returned and asked for more credit from Yunus, becoming each day more independent and gradually transformed into real entrepreneurs.

This is how the word got spread, and the experiment flourished. Now people from other villages were asking for microloans, and after successful repayments, in 1983 the bank was approved by the Government of Bangladesh and it was called the Grameen Bank.

2800 branches with more than 7 million borrowers, where all of them were poor and women, and 97% of them paid back their credit.

His legacy is not reflected only on the establishment of very effective techniques to reduce poverty, which were employed in most of the western countries. Even honorary prizes like the Nobel Prize for Peace is not necessarily a reflection of his real legacy. His legacy remains truly powerful, as he was capable of proving that poverty is not created by the poor, instead Yunus stated: “poverty is created by the system we have built.”

Yunus, therefore, has perhaps changed forever the way we see the poor, women and our capacity to trigger the necessary changes.

Gandhi once said: “be the change you want to see in the world.”

A talk with the man behind “DONNIE BRASCO”

Business Continuity and the Impact on HR Leaders

Is CSR becoming a Legal Requirement?