Governance vs Corruption | The Québec Experience

The last decade has seen a growing focus on governance practices, particularly in the political and business environments.

More and more, questions are being raised about the way business is conducted or how our tax dollars are spent. People want to know if their consuming habits participate in climate change or if companies they buy from have an ethical framework in place – for example, banning child exploitation, or corruption. This trend has been fanned mostly by whistle-blowing and investigative journalism that led to embarrassing and often illegal activities being uncovered in the private and public sector all over the world.

Some organizations have faced these disclosures and felt the new reality of a public no longer willing to turn a blind eye to the way business was run in the past. Some have succeeded in changing their culture by adopting governance principles that recognize these new expectations, but for others, sanction came in the form of a tarnished reputation and legal prosecution, often leading to loss of contracts and profits.

How does an organization integrate the multiple ethical issues now present in the global social, economic and communication environment we share? For decisionmakers, the question of a governance framework is no longer about having one or not – it’s all about recognizing the risks and providing the vision and tools to detect and mitigate them. One such threat is corruption and the impact it has on business.

Governments need to show leadership and adopt appropriate governance on their own vulnerabilities in order to mitigate risks and corruption issues. Case in point, the commission of inquiry into the construction industry (CEIC) held in Québec from 2012 to 2014.

Following media disclosures about alleged collusion and kickbacks in the construction industry, public pressure led to the creation of the Charbonneau Commission, charged with investigating these allegations and possible links to political financing. The Commission focused on a period ranging from 1996 to 2011, mostly on Québec-born contracts. It held hearings as criminal investigations were ongoing on many suspected cases in Canada and abroad. The Commission had to be careful not to interfere with these investigations as its mandate was to shed light on the system and not to sanction its players.

The hearings revealed widespread practices of collusion and corruption in public works contracts in several cities, including Montreal. The main actors identified by the Commission were public officials, individuals involved in political financing and several engineering firms. 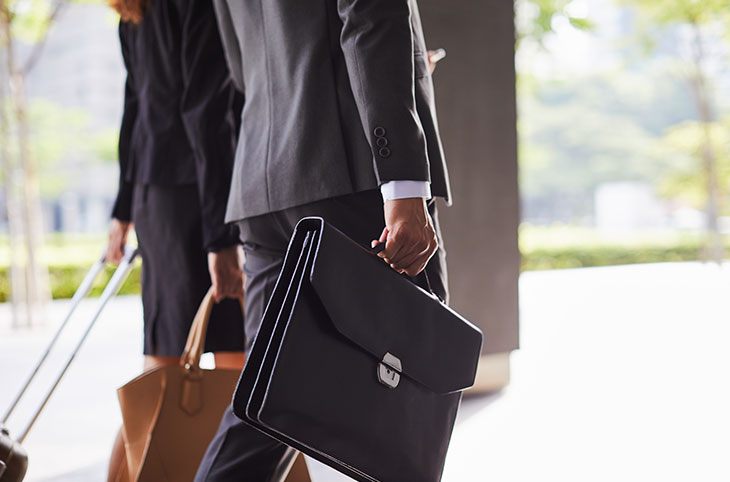 The media and public outcry that followed led to the adoption by the Québec government of concrete measures to fight corruption. For example, on June 13, 2018, Robert Poëti, Minister for Integrity in Public Procurement and for Information Resources, declared:

…the Government of Québec will continue its counter-corruption efforts by developing a major pilot project aimed at implementing [the] ISO 37001 standard within various public entities. This will make Québec a leader, since this international certification standard is usually implemented in the private sector.

Hydro-Québec, the Ministry of Transportation, the Ministry of Family and the Shared Services Centre of Québec have been instructed to implement the standard. The City of Québec also participated in the project. Hydro-Québec is the provincial government agency responsible for the production and distribution of electricity. With contracts reaching in the billions of dollars, Hydro-Québec and the Ministry of Transportation are the two largest public works providers in Québec. When the ISO 37001 standard is integrated in their respective Management Systems, it is more than likely that Anti-bribery Management Systems will be required in their supply chain as well.

The government also announced the creation of the Public Procurement Authority. This entity is the single-entry point responsible for the supervision of public contracts and the application of the regulatory framework governing public contracts in the province. Its authority applies to municipalities as well. The Authority, a neutral and independent body, was established in the wake of the creation of CEIC, which made it one of its main recommendations. The implementation of those measures was somewhat slowed down by provincial elections in October 2018, but it seems that the new government is determined to continue the process.

Anticipating new and more robust requirements on the topic of corruption in public and private contracting, many decision-makers are showing a growing interest for measures that would provide an edge in the future. By now, a manufacturing company and some municipalities have jumped on the train and have already started the process of implementing Anti-bribery Management Systems compliant with ISO 37001. As a result, suppliers will have to adapt to this new business environment and make decisions to ensure that they can meet tomorrow’s market requirements. Will the period we have just gone through in Québec be a mere interlude during which colluders had to keep a low profile before going back to the “good old ways”, or are we witnessing the birth of a new corporate governance model that incorporates ethical principles and Anti-bribery Management Systems based on constant analysis of the risks of corruption? We do not trust these changes to mean the eradication of corruption. However, we believe that a threshold has been crossed and that the Québec society’s vigilance has been raised to the point that engaging in corruption is now perceived as an unacceptable corporate and personal risk not worth the business, judiciary, personal and professional consequences many suffered lately in “La belle province”.

Pierre is a retired senior police manager. During his career, he held strategic, operational and administrative positions at the municipal and provincial levels, and served in several national policing committees in Canada. Pierre was also a respected trainer at the Québec National Police Academy, at Québec’s University in Three-Rivers and at the University of Montreal, in Police Management university programs. Today, as part of the consulting partners of Gestion Jean Bourdeau Inc., Pierre’s expertise and his 40 years of experience in Security Management are shared with clients in the implementation and audits of Anti-bribery Management Systems (ISO 37001).

Evolving Vulnerabilities on the Horizon

The Evolving Nature of Financial and Cyber Crime Behavior Detection

Realizing the Psychological Advantages of Design and Visual Marketing

Corporate Social Responsibility: An Overview of Italian and Pakistani Organizations